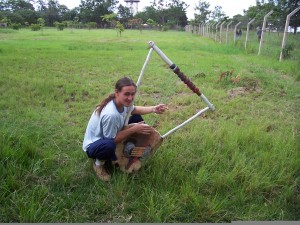 Danny Wolverton Performer Resume
I feel compelled to be a performer because I’ve lived an extrodinarily unique life. And through my unique perspective I feel that I can offer inspiration and incite to many aspects of the human experience.
I was raised in the Religions of Baha’i and Native American Peyote Church. It was a very unique upbringing because both religions promote independent investigation of the truth and  view other religions as merely different colors of the same rainbow. However both religions are on opposite side of a spectrum in that one is very ancient earthy primal and one is very modern and progressive. In Native American Church every plant, animal, rock has it’s own spirit. They worship the Earth.  Baha’i on the other hand is very modern, they believe in evolution, equality between men and women, and in Unity through diversity. They both believe that there is truth in all religions. My father took me on a vision quest in the desert when I was 12 years old. I only realized what my school teachers had been telling me anyway, that education is the key to my success.

My way of rebelling from my hippie parents was to go to business school. I decided that what every I did in life I wanted to be my own boss. After College I went to Africa to record traditional African music in rural villages with portable recording equipment. I was the guest of honor when as many as 20 musicians and dancers would show up to a homestead wearing traditional reed head dresses and skirts to perform for me.

Then I experienced a near death experience. there was a rigged election and Genocide and tribal violence ensued. I found myself white man walking down a deserted highway alone stuck in between rebel road blocks. There was no transport because the rebels manning the road blocks would intercept any vehicle trying to pass and set it on fire and kill the occupants if they belonged to the rival tribe. The only way for me to escape was  to get to the nearest airport by hoping on the backs of passing motor cycles. These were the only vehicles that could drive around the road blocks. When we would come to a town we would be confronted by angry youth wielding rocks a machetes on the side of the road. Sometimes they were in the middle of the road. The driver would speed up to make the people part because nobody wants to get hit by a motor cycle driving 65 miles per hour. At one point a teenage girl was running full speed at the motor cycle with a large rock over her head like she was going to knock us off the bike. I held my fist in the air and shout ODM in support of the orange democratic movement that they were fighting for. I started doing this every time we came to a road block that consisted of a burnt bus in the road Rocks Tree limbs and  tires that were set on fire. Descending into Kisumu on Lake Victory was scary coming down the hill and seeing multiple plumbs of smoke rising out of the city. That’s where I’m going.  Luckily the fighting had died down because my the seventh day people began to get hungry and run out of food. The markets and restaurants were all closed. There was no way for fresh produce to get from the farms into the towns. I survived off the bread and peanut butter in my pack for two days. There was no system set up to feed the fighters. This was mass rioting and tribal genocide carried out be the citizens of the country. The scariest thing i saw was about 30-40 people looting a series of shops then gun fire. Then I saw all the people flee in panic running chaotically every which way like they didn’t know where to go. There was no running water in this city of 700,000 because the people had burnt down their own water works. I finally got on an airplane to safety and made it to South Africa where I had an internship lined up.

The deal was the producer would find me a place to stay. He put me with his star singer who un-benounced to him was a crack head her boyfriend a crack dealer. I actually felt safer staying with him because he had bullet holes going out of his truck from when he had shot someone. His house was one of the few in this bad neighbor hood that didn’t have barbwire or electric fence. He told me “if anyone even the police ever fucks with you even police in this neighborhood tell them you live with Shai’d and they won’t give you any trouble.” The disconcerting thing was that Shai’d had gotten his gun taken away.when he had shot his girlfriend in the leg three months prior. The only gun in the house was owned by Shaids 17 year old son who was a gangster himself. People would bring stollen TV’s and lawn mows to the door to try to trade for more crack. I even saw Shai’d throw his sword at someone. Yes Gangsters use swords. I ended up staying with some Baha’is because I had to get out of there. Walid a Bahai took a look at my recording equipment and then commissioned me to travel around South Africa Swaziland and Lesotho and record the Bahai musicians in 9 days I recorded 9 different musician in six locations night bus after night bus I co-produced a compilation CD. That was a high point.

Back in the united states it was still hard to find a job in business I had a misconception that I needed to show substantial employment right out of college so I took a job as a debt collector and then as a life insurance agent for New York life. In selling life insurance you basically have to lie in order to sell it. Omitting the truth is lying. This was a low point. I made much more money starting my own landscaping business cleaning up the leave of the trees of rich people that selling insurance. I began performing with a variety show and producing events. I realized that metal workers could do the real magic so I put together a sculpture festival to form a bond with the Tucson Sculptor community. We performed as human statues to promote the festival and IThen I realized I would make even more money street performing as a human statue than having my own landscaping business. Through the meditations I did while holding perfectly still as a statue I discovered my ability to levitate. I moved to Los Angeles to be a levitating human statue. people kept telling me on the street go on America’s Got Talent Go on TV. My grandparents loved the show and watched ever episode. To make them happy and proud was the final reason I went on in Lieu of many performers telling me not to go on. When my first levitation aired on the Season premiere I was an overnight sensation. They wouldn’t tell me when the episode would air the way I found out was that I looked at my phone and had 40 missed calls from people on the east coast. I scrambled to tell all my west coast friends to turn on their TVs. That day I was the 2nd most tweeted thing on twitter more so than America’s Got Talent itself. I wish I could decipher what the contract and producers were really saying to me “Hey Kid so you want to be famous. Well then your a perfect candidate for us to screw over. Then on the third round I had made it to Radio City Music Hall. They wouldn’t allow me levitate on top of a Tesla coil, which was my original plan. However from the start some entity that’s not the America’s got Talent Production (I have to say that or I could be sued for millions of dollars by the AGT produciton) said “we want to make you disappear.” We will build for you this disappearing illusion. ” I didn’t realize they meant off the show. I let them build for me this disappearing illusion. “We have builders that have worked with Copper field and Criss Angel” they said. Yet in rehearsals they told me not to duck my head when the screen was rising up. Hold still said. They told me this because they wanted to have control over the outcome. Then on live TV  Puff of smoke smoke starts to clear and you can see a little bit of the top of my head disappearing behind the screen. I should have ducked my head like I was doing in rehearsals. And then I was booed by 5,000 people at radio city music hall.  It was in their predetermined plot line that I was to go off the show then.Why did I trust these sharks?  And I couldn’t explain to the press what really happened for fear of being black listed in the industry. Ohh and another high point in my life was tackling a purse snatcher in front of Trader Joes. That’s a whole other story. And there’s many more!